The Bike & Build routes offer riders a wide variety of options. From regionalized routes to cross-country excursions, every rider will get the chance to experience some of the finest views in the nation. 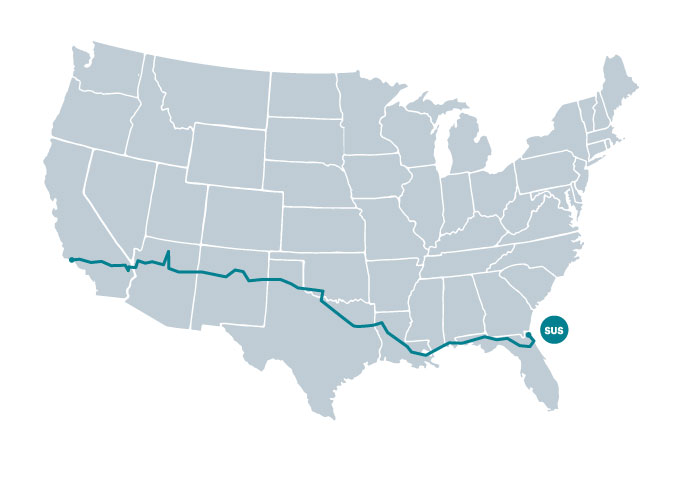 Did the “Build” half of Bike & Build bring you to the organization? If so, you can’t go wrong with Southern United States (SUS). Riders on SUS spend the most hours volunteering along their journey, with upwards of 20 scheduled build days across the US. If direct service is the way you envision yourself making an impact, this route is for you.

Starting in Jacksonville Beach, SUS riders spend their first 2 weeks hugging the Gulf of Mexico en route to New Orleans. Riders then move on to Texas and then link up with historic Route 66 to head on to the best of the West – the Land of Enchantment, and two nights camping in the Grand Canyon. The team’s final build day is with one of Bike & Build’s favorite partners in Palmdale, CA (Antelope Valley YouthBuild). A few days later, they see the Pacific in beautiful Santa Barbara.

Not too North, not too South, not too early, not too late. Central United States (CUS) is the Goldilocks of our route list. Shortly after the first build in Yorktown, VA, riders tackle the infamous and enchanting Blue Ridge Mountains. As riders pedal through the ever-stretching Heartland, they’ll follow the decades-old path of cross-country cyclists tracing segments of the TransAmerica Trail.

The Midwest eventually gives way to the charms of the Rockies including the Tetons and Yellowstone National Park. Riders then experience some of the best-kept secrets of the West in locales like Jackson, WY and Missoula, MT. After the last build day in Portland, CUS follows the path of Lewis and Clark and ends in Astoria, OR.

Apply now for CUS! 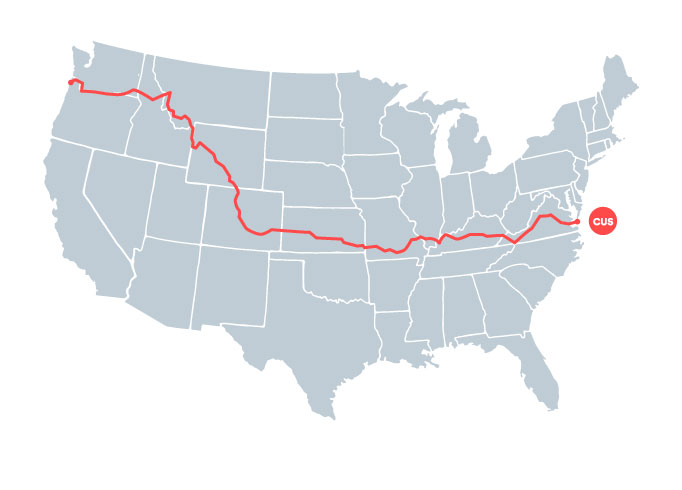 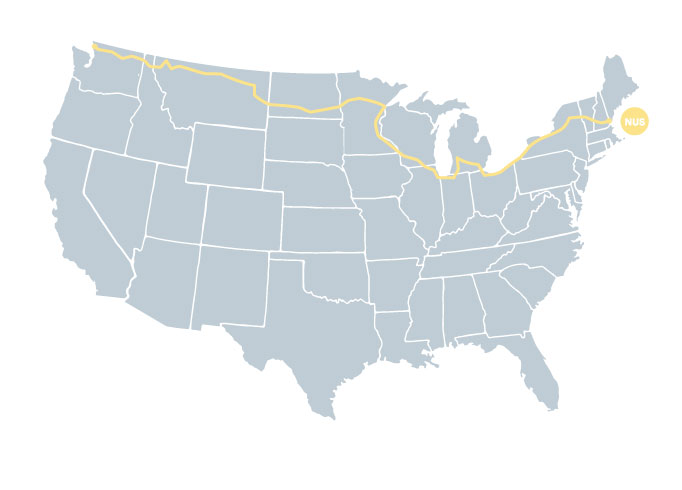 Northern United States (NUS) is one of Bike & Build’s original routes, having been around since 2003. Kicking off in Portsmouth, NH, riders start traversing New England mountains on day one, rolling through the Green Mountains and the Adirondacks en route to Niagara Falls.

The Midwest will play some of its aces, as rider swoop through Ann Arbor, Grand Rapids, Chicago, Madison, and St. Paul and spend close to two weeks in Minnesota, dontchaknow. Then the west starts to call and the route skims the Canadian border through North Dakota and Montana with Glacier National Park waiting on the other side. The route is capped off by the Cascade Mountains in Washington and wraps in Bellingham.

Starting in Portland, OR and ending in Bellingham, WA, Drift West participants spend 3 weeks and 950 miles exploring the highlight reel of the Pacific Northwest. Geographic icons like the Hoh Rain Forest and Olympic National Park are punctuated by “megacity” celebrities Portland and Seattle, allowing riders to experience the area’s renowned topographic diversity in full.

Drift West’s five build days are just as impressive as the surrounding terrain and feature a different affordable organization at each stop. Smaller affordable housing organizations, like Makah Housing Authority and San Juan Community Home Trust who do local, specialized work, are a primary feature of Drift West and afford riders a variegated perspective of affordable housing issues. 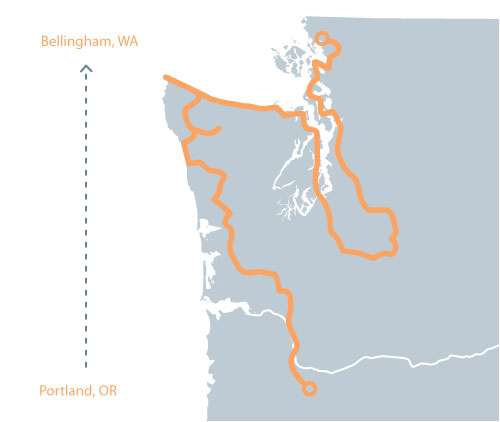 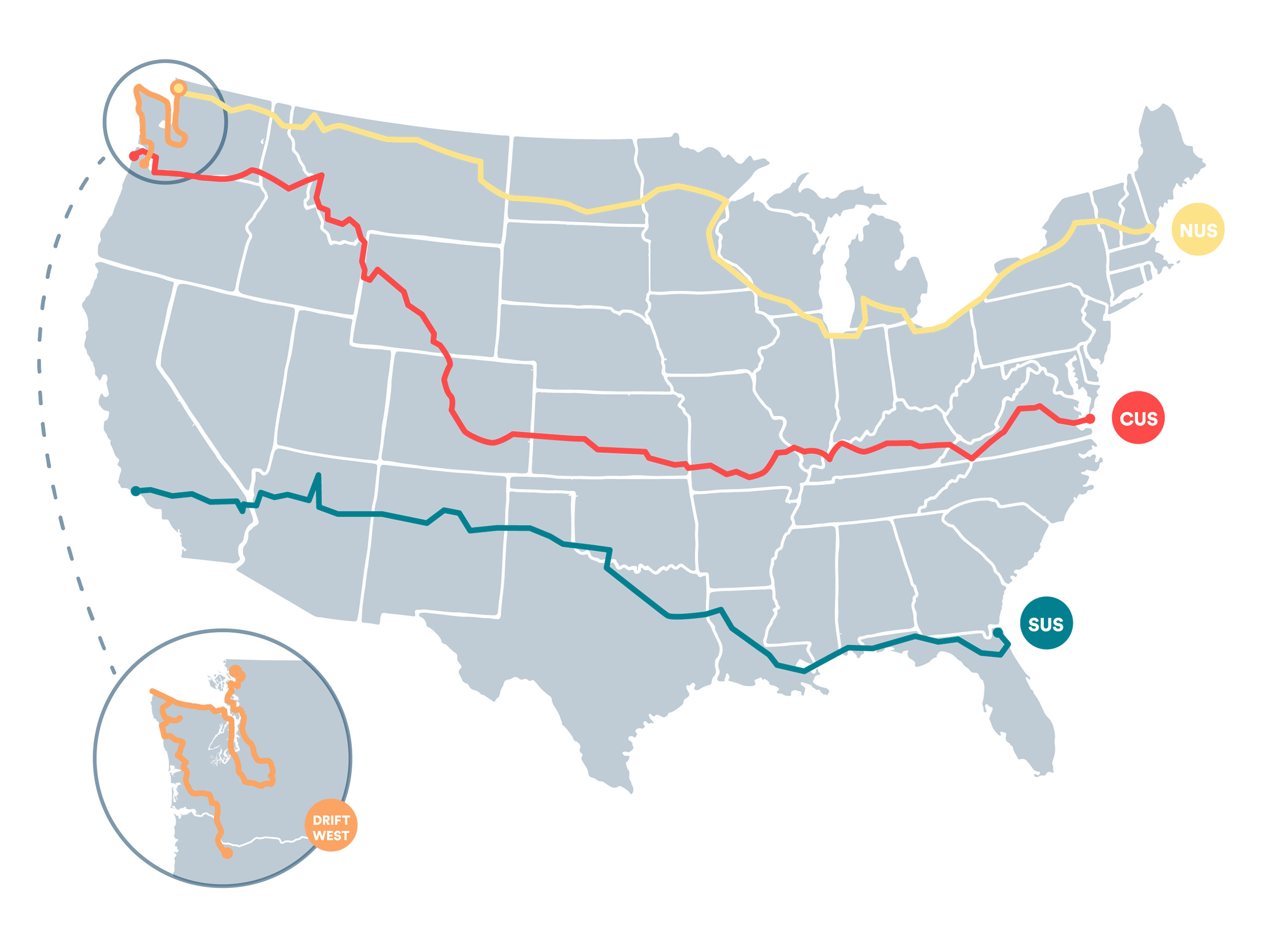 Ready for an adventure?

What To ExpectDay In The Life